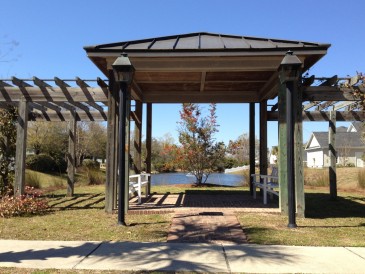 Located within the city of Charleston, Daniel Island is one of the area’s fastest growing family communities. It is a close-knit, 4,000-acre island along Interstate 526 and bordered by the Wando and Cooper rivers. The area is filled with distinct neighborhoods, parks, sidewalks and playgrounds.

Daniel Island is minutes from Mount Pleasant, downtown Charleston, the beach at the Isle of Palms and the Charleston International Airport.

The island was once inhabited by a Native Indian tribe before it was settled as a port city of Charles Towne. In 1947, the Guggenheim family of New York purchased Daniel Island for a cattle ranch and private hunting retreat. Daniel Island was annexed into the city of Charleston in 1991, and five years later, the first houses were completed – part of the master planned community created by The Daniel Island Co.

Today, Daniel Island has Blackbaud Stadium, home of the Charleston Battery professional soccer team, and The Family Circle Tennis Center, an 18-court facility that is home of the world-renowned women’s tennis tournament, the Family Circle Cup. The center is also used for concerts, festivals and the community events like the Lowcountry Race for the Cure.

The Daniel Island Club features the country’s only private pairing of golf courses by Tom Fazio and Rees Jones on the same property. In addition to these spectacular 18-hole layouts is a golf clubhouse for fine and casual dining as well as for private events and functions.

Residents are within walking distance to a commercial district of office buildings, businesses, restaurants and boutiques as well as a supermarket. Two of the area’s largest employers – Blackbaud and Benefitfocus – have their company headquarters on Daniel Island.

Daniel Island was honored with a prestigious “Award for Excellence” from the Urban Land Institute in 2007 in recognition for its innovative and successful planning principles.