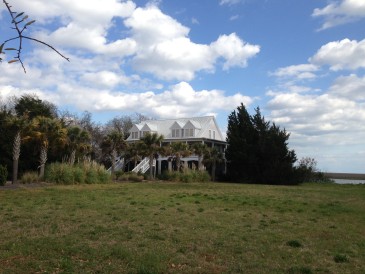 The Isle of Palms has about 5,000 full-time residents but its population swells in the summertime as people from around the world visit to soak up the sun, relaxing atmosphere and breathtaking sunsets on this Charleston area beach.

Bordered by the Atlantic Ocean and Intracoastal Waterway, the Isle of Palms is a short drive from Mount Pleasant and easily accessible to downtown Charleston. The Isle of Palms has 7 miles of beaches, including a lifeguarded area during the summer months. The area has a number of restaurants – including beachfront favorites with rooftop decks for summer concerts and ocean views – as well as businesses, shops and a 50-slip full-service marina.

The area now known as the Isle of Palms is thought to be 25,000 years old and was first inhabited by indigenous Seewee Indians. The Isle of Palms first became a summertime getaway for Charleston locals in the late 19th century. Thanks to bridges and better transportation, access to the Isle of Palms became easier and it began to develop as both a bedroom community to Charleston and a vacation destination.

Development continued into the 1970s and flourished with the opening of Wild Dunes Resort, a 1,600-acre oceanfront resort with a variety of accommodations ranging from the AAA Four-Diamond Rated Boardwalk Inn and The Village at Wild Dunes to private condos and luxury home vacation rentals. Wild Dunes is home to two world-class golf courses, the Harbor Course and the Links Course – both designed by Tom Fazio (the Links was his first solo design).

Residents have access to the Isle of Palms city recreation services, including youth and adult sports programs and facilities for tennis, basketball, soccer, softball and baseball as well as a playground and a dog park.

In 2002, the city received the Blue Wave Designation from the Clean Beaches Council, which recognizes environmentally well-managed beaches. The Isle of Palms has achieved that designation each year since.

Housing options range from spacious, modern homes to traditional beach houses and bungalows as well as villas and cottages with beach and marsh views. Not only do beach lovers make their home on the Isle of Palms but it’s also a popular place to female loggerhead turtles to lay their eggs each year. The volunteer Island Turtle Team patrols the beaches during nesting season to ensure nests are out of harm’s way and clearly marked so locals and visitors won’t disturb them.