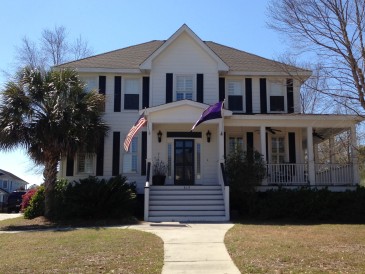 The town of James Island might be small in number but it’s journey to become a town has been big. Since 1992, citizens have been voting to create a town of their own and continually faced challenges from city of Charleston and the courts. Eventually, a majority of residents in the area to be incorporated voted in favor of the town. James Island became “official” in August 2012.

The town itself has about 12,000 citizens. It boundaries are the Charleston harbor, Stono River and the Folly River so residents have plenty of options for water access. James Island offers a more rural feel while still being close to downtown Charleston.

During the 19th century, plantations were built on James Island, along with the village of Secessionville, a summer retreat for plantation owners. The first shots of the Civil War were fired from the island’s Fort Johnson onto Fort Sumter in 1861.

Although often classified as a bedroom community to Charleston, James Island has its own shopping areas and restaurants plus offers a variety of housing options.

One of the area’s oldest neighborhoods is Riverland Terrace, which was developed in the 1940s, along the Wappoo Creek. The neighborhood has a public boat landing, Charleston Municipal Golf Course and playground.

Residents aren’t far from Folly Beach, one of the area’s most popular beaches. And they have easy access to James Island County Park, with 643 acres of biking, nature trails, a climbing wall, playgrounds, campground and a large water park. The county park is also home to an annual holiday lights festival.