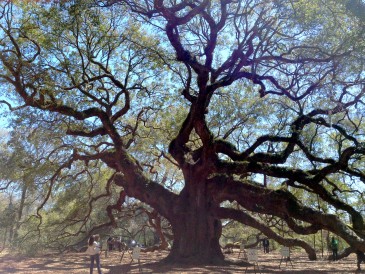 A patchwork of agriculture, residential and commercial development, Johns Island is a gateway island to Kiawah and Seabrook islands. It is surrounded by the Intracoastal Waterway, Stono River, Kiawah River and Bohicket Creek.

Located just southwest of Johns Island is Wadmalaw Island, home to the Charleston Tea Plantation, the only working tea plantation in America. Also nearby is Irvin~House Vineyards, Charleston’s only domestic vineyard and winery as well as the site of Firefly Distillery, maker of Firefly Sweet Tea Vodka.

Living up to its agriculture roots, John’s Island is the largest tomato producer in the country. Plus, Wadmalaw Sweet Onions, which are also grown on John’s Island, are said to rival Vidalia Onions for their sweetness and distinctive flavor.

That farm-to-table way of life is translating to the island’s growing culinary scene. Restaurants like Fat Hen and Wild Olive are putting an emphasis on cooking with fresh, local ingredients.

One of Johns Island’s most famous living creatures is the Angel Oak, a massive oak tree standing 65 feet with 17,000 square feet of canopy shade. It is hundreds of years old and a popular attraction for visitors and locals alike.

Residents on Johns Island appreciate and value their quiet lifestyle with two-lane roads bordered by live oaks dripping with Spanish moss. But developers have carved out areas for small shopping plazas as well as residential neighborhoods for those who want the feel of living in the country without being too far from the amenities of Charleston.