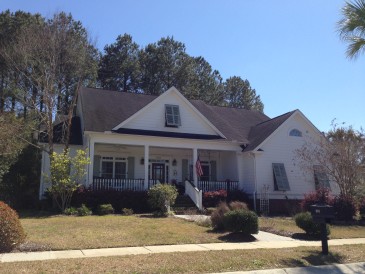 In late 2011, the city of North Charleston scored a major business coup when Boeing opened its production facility within the city. Boeing South Carolina fabricates, assembles and installs systems for rear fuselage sections of the Boeing 787 Dreamliner. The 240-acre facility employs 6,000 people, making it the area’s largest private sector employer.

North Charleston’s other top employers include Robert Bosch, Verizon Wireless and Trident Health, which has one of its hospitals in the North Charleston area. The city has about 100,000 residents and ranks as the third largest city in South Carolina.

Incorporated areas of the city actually fall within Berkeley, Dorchester and Charleston counties so children attend the school district in their area. They also have access to various private schools, and the city is home to both Trident Technical College’s main campus and Charleston Southern University.

North Charleston is a diverse mix of industry, business, shopping and residential communities. The city leads the state in retail sales thanks to its major shopping centers, including Northwoods Mall and Tanger Outlet Center. Also located near Tanger Outlet is the North Charleston and American LaFrance Fire Museum and Educational Center with antique fire equipment and interactive displays.

Residential communities in North Charleston vary in style, price and location – from starter homes to sprawling subdivisions. The Park Circle area has become a vibrant community of old and new homes plus restaurants and shops that make up the “old town” district.

North Charleston was one of eight cities to receive the Award for Municipal Excellence from the National League of Cities. And it was chosen as a Silver winner in the 50,001 to 150,000 population category for the Sustainable Urban Revitalization project that brought together public, private and non-governmental organizations to help revitalize the city after the closure of the Charleston Naval Base in 1996.